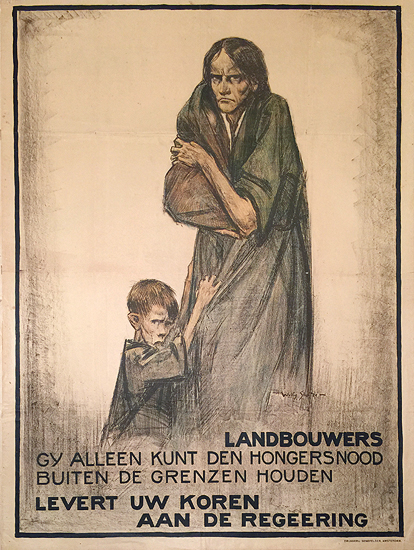 "Farmers, only you can keep famine outside our borders. Deliver corn to your government." A hungry mother and child make a plea for the farmers to grow corn and grain to feed the nation. Part of a Dutch government series by Jan Willem (Willy) Sluiter a Dutch painter, draftsman and graphic designer. The subjects of Sluiter's work often came from the coastlands and fisherman's life, but he was also a sought-after portrait painter in 'higher circles'. Sluiter also created a number of political prints and posters such as this one. (Dutch Wikipedia)