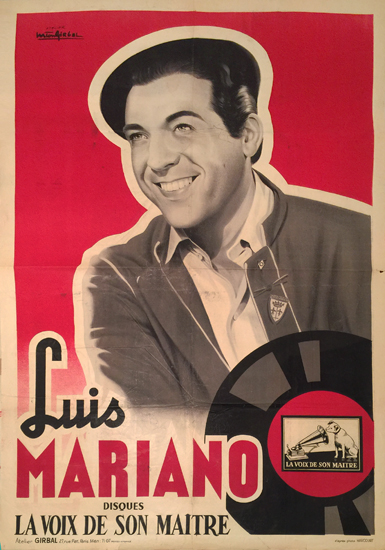 Mariano Eusebio González y García (13 August 1914 – 14 July 1970), also known as Luis Mariano, was a popular tenor of Spanish Basque origin who achieved celebrity in 1946 with "La belle de Cadix " ("The Beautiful Lady of Cadix") an operetta by Francis Lopez. He appeared in the 1954 film "Adventures of the Barber of Seville" and "Le Chanteur de Mexico" (1957) and became popular in France as well as his native Spain. (Wikipedia)