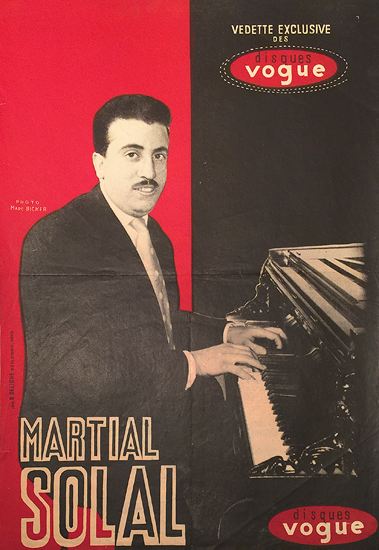 Solal was the son of an opera singer and piano teacher, and learned the instrument from the age of six. After settling in Paris in 1950, he soon began working with leading musicians including Django Reinhardt and expatriates from the United States like Sidney Bechet and Don Byas. He formed a quartet (occasionally also leading a big band) in the late 1950s, although he had been recording as a leader since 1953. Solal then began composing film music, eventually providing over twenty scores. He is probably best known for the music he wrote for Jean-Luc Godard's debut feature film Breathless (À bout de souffle, 1960). (wikipedia)